What is a Testosterone Level? 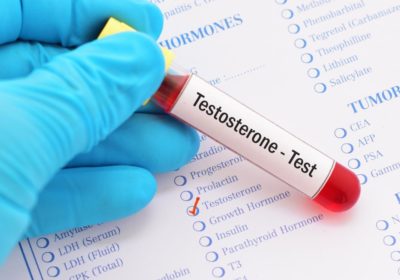 As corny as it might sound, testosterone is the thing that makes a man a man. It’s what gives men their muscle base, body hair, and other attributes. Testosterone kick starts puberty and allows men to grow epic beards, but aside from that, most people don’t know anything else about it.

Testosterone is a steroid, becoming active when men do a lot of physical activity. It grows with humans through puberty, and testosterone is what gives men a deeper voice, broader shoulders, and increased hair growth. As adults, it helps manage the reproductive organs of males, and allows men to become aroused have an erection.

It’s a common thing for both genders, but we’ll take the male perspective here. When boys hit puberty, they tend to notice girls a lot more than when they were still young, and the romantic awkwardness starts to hit them hard. Testosterone and arousal go hand in hand and can be confusing, but it goes back to our origins.

The ancient men of the world had to fight hard, especially for their mates, and it was generally the strongest or toughest male who got the prettiest mate. Even though the modern man doesn’t have to fight nearly as hard to find a lady friend nowadays, the desire to become boyfriend material still lives in our brains. That’s something men have to regulate as they grow, but testosterone in both genders helps start the cycles that lead to love, desire, and eventually families developing. Without testosterone, most families simply wouldn’t exist!

Most times our testosterone levels follow a rhythm, but occasional actions and events can cause it to spike or become more aggressive. When competition between two men happens, this is a prime ground for high testosterone as they compete for a prize, attention, or the love of a female. Becoming filled with desire can lead to higher testosterone levels that can increase mood and confidence.

The Troubles of Testosterone

Other times having high testosterone can lead to anger, problems regulating emotions, and the need to do something to show off. Then it can, and probably should be regulated with testosterone therapy and other types of help. It’s a double-edged sword, but it can be wielded effectively. Having a high testosterone level and confidence can be tempered with respect and dignity, and that’s a combination most ladies will admire!