Do genes play any role in passing down anxiety to the next generation? 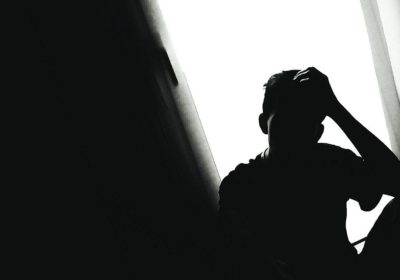 Unlike other characteristic traits like facial features, eye color, if there is anxiety within the family, this is pretty tough to trace. When it comes to anxiety disorders, they’re pretty tough to detect and some such conditions include obsessive compulsive disorder, panic disorder, social anxiety, generalized anxiety disorder or stress disorder. The research on the specific genes which lead to anxiety disorders is still in its nascent stage. There have been several researches which have determined the genetic make-up of more than 1000 families, few of which had OCD; but they found out that the gene in question wasn’t related to this disease.

On the other hand, there are also many researchers who have claimed that the fact that both environment and genetics play a role in passing down anxiety to the next generation. To know more on this, read on the concerns of this post.

Anxiety and genetics – What’s the association?

For majority of the people, the risk of anxiety due to genetics is most probably not an on-off switch. Rather it is a complex mixture of genes which can put you at the risk of suffering from anxiety disorders. Even still, the anxiety disorder that you suffer from will be entirely different from someone else’s. People usually inherit a predisposition to being a person who is anxious and around 30-40% of this variability is in relation with the genetic factors.

Studies reveal that anxiety develops from the age of 20 and you must have seen your close relatives to be more anxious about you and about everyone else. Researchers have been trying their best to understand the genetics behind such anxiety disorders by taking a closer look at whether or not their relatives too had an anxiety disorder of this kind. They even found out that people have a significant higher risk of suffering from panic disorder in case they have a twin who also has it and there is also a greater risk of panic disorder in case you’re a first-degree relative or you have a sibling or a parent who has it.

So, as it stands now, as per what the experts believe, genes that are involved might change your emotional responses and reactions in a way which can lead to anxiety. If there are two people who have a similar mixture of genes, regardless of whether they developed anxiety, this could depend on the environmental factors or also on their experiences.