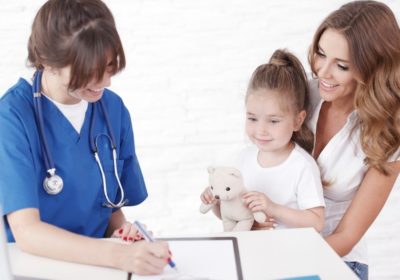 A fascinating study recently published in the Annals of Family Medicine revealed that America’s family physicians aren’t seeing as many children as they used to. The downward trend appears to be consistent among private practice owners, group practice employees, and locum tenens clinicians. So what is causing the decline?

The American Academy of Family Physicians offered three possible explanations in a September 2019 piece authored by Sheri Porter. By looking at the data and reading what researchers had to say, Porter concluded that falling juvenile patient rates among family medicine practitioners could be the result of:

Each of the three possibilities deserves further exploration. As you read, bear in mind that the survey data shows that children are 5% less likely to receive primary care from a family practitioner compared to just eight years ago.

A big part of the equation here might be demand. Since pediatricians focus on a particular segment of the population, parents are not competing for limited availability with non-pediatric patients. When you’re dealing with a family practice, things are a lot different. There are more people of all age groups trying to get in to see the doctor.

Another factor is increasing demand for family practice services among older generations. As the research shows, this plays right into the idea of not having to compete with other patients for open slots by going to pediatric group.

From the doctor’s perspective, he or she simply may not have time to see more juvenile patients because the schedule is so often dominated by older patients not constrained by school schedules and extracurricular activities. Simply put, older patients have more access to available office times, so they tend to fill up the schedule more quickly. This leaves parents looking elsewhere. More often, they seem to prefer pediatric practices.

The research shows this particular issue being more prevalent in rural areas. Patients just do not have access to a lot of family practice choices in rural America. They do have access to pediatrics through local clinics and regional hospitals. As such, that’s where they take their children for medical care.

Family medicine jobs sure have changed over the last two or three decades. For starters, the biggest area of concern relating to the ongoing physician shortage is primary care via family medicine. There aren’t enough doctors to meet family practice demands. Add to that the fact that family medicine practitioners are seeing fewer children and you have a very different dynamic.

Family medicine is a whole new world today. It is a world in which it is less likely that clinicians will have the privilege of treating multiple generations of the same family. That’s a shame because the old generational model of family medicine was a wonderful thing in its day.