New to the World of Weed? Here’s the Terminology You Need to Know 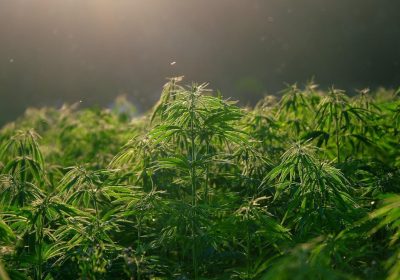 With the legalization of marijuana for medical and recreational purposes in Canada, cannabis has experienced a surge in popularity in recent years. Many Canadians over the age of 19 looking to try marijuana for the first time may feel overwhelmed by scientific terminology and uncertain about cannabis and exactly how different strains affect the body.

The sheer amount of cannabis-related slang and the variety of terms used in discussing cannabis and cannabis products makes it even more confusing for prospective consumers. It pays to educate yourself on these terms and definitions, so you can make informed purchasing decisions without compromising your health or your needs.

The cannabis bud refers to the flower of a cannabis plant. It is rich in cannabinoids and terpenes and can be processed into something that is smokable.

Cannabinoids refer to the chemical substances found in a cannabis plant. CBD and THC are the two main cannabinoids that dictate a product’s effects.

Cannabis is the scientific name for three plants—Cannabis sativa, Cannabis indica, and Cannabis ruderalis. The flowers from these plants are dried and processed into the commercial form of marijuana/weed/ganja.

Cannabidiol is one of two major chemical constituents of cannabis, the other being Delta-9-tetrahydrocannabinol (THC). However, despite having the same molecular structure as THC, CBD is non-psychoactive and has a calming effect on the body.

Cannabutter is butter infused with cannabis. It is quite popular, and you can purchase it at most licensed cannabis dispensaries.

Concentrates are the processed, highly-concentrated form of the marijuana flower that contains its desirable components without impurities and excess plant compounds. Concentrates have a higher percentage of cannabinoids as compared to unprocessed marijuana flower.

Dabs are marijuana concentrates extracted by a solvent like butane, resulting in an oily texture.

THC is the primary psychoactive component of marijuana. It binds strongly with cannabinoid 1(CB1) receptors in the brain and produces a euphoric sensation.

Edibles are food or drink products infused with weed. Edibles typically provide a much stronger and longer-lasting high than that of smoked forms of cannabis. If you want to try them out for yourself, you can find marijuana edibles for sale online. Be sure to take it easy if you are a beginner, as the effects can be intense for those who are inexperienced. It is often recommended to consume half or a quarter of the edible then wait about 30 minutes before consuming anymore. This is because the high does not come on as quick as it does with smoking.

Hash or hashish is made from cannabis but processed differently than regular weed. Concentrated resin found on marijuana plants goes through processing and becomes cakes or balls. They are much higher in potency when compared to regular weed.

Hybrid strains come from cross-breeding two distinct cannabis strains. An example of this is cultivators cross-breeding a Brazilian landrace with a South Indian landrace to create the popular strain known as White Widow. This strain, in particular, has a long-lasting yet mild effect that is a combination of the two origin strains.

Cannabis indica is one of the three plants commonly known as marijuana, known for its pain-relieving and relaxing high effect. Indica often has a higher CBD content than Sativa, although its CBD to THC ratio remains very close to 1.

Kief is the small, resinous, sticky crystal-like resin trichomes rich in cannabinoids and terpenes that are found all over the cannabis flower.

Originating from Southeast Asia and Central and South America, Cannabis sativa is known for its euphoric sensation on the human body. Generally speaking, it has a higher THC content than Indica and can be useful for people suffering from depression, nausea, and appetite loss.

A species represents the lowest tier within the taxonomic hierarchy of living things and includes closely related organisms compatible with interbreeding. A strain is a genetic variant within a species. Such genetic variation can be due to mutation or genetic modification using biotechnology.

Terpenes or terpenoids are organic, aromatic substances that enrich various marijuana species and strains with their distinctive aroma and flavor. New research is emerging that shows a wide array of different effects and synergies with other cannabis compounds.

Tinctures are alcohol products that are infused with marijuana. Tinctures are an excellent product for casual consumers looking to get into smokeless marijuana consumption.

Vaping refers to the inhalation of marijuana oil using vaporizing devices such as vapes or e-cigarettes.

Marijuana pipes are similar to tobacco pipes, except that they are used to smoke cannabis.

Joints are small, hand-rolled marijuana cigarettes and are arguably the most common method of smoking marijuana.

Marijuana wax is a processed form of marijuana made from essential cannabis oils. Wax comes in various textural varieties, ranging from honey-like to clayish.

Even after the legalization of weed in Canada, there remain widespread misconceptions about marijuana, its chemical components, and its effects on the human body. This is primarily due to the lack of proper knowledge about marijuana products and leads to undesirable impacts on consumers.

It is essential to educate yourself and familiarize yourself with these common terms. Whether you’re a first-time buyer or have been consuming marijuana for a while, having a better understanding of all aspects of cannabis will help you get the most out of this amazing plant.