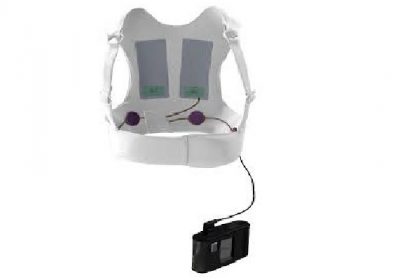 Sudden cardiac arrest (SCA) is a condition that causes an abrupt loss of the heart’s normal function. Instances of cardiac arrests are often caused by a disruption in electrical impulses that may trigger a dangerously fast heartbeat. This fast heartbeat causes the heart to quiver or shake instead of efficiently pumping blood to the brain and body, often causing victims to abruptly lose consciousness.

A heart attack is different from sudden cardiac arrest in that instead of being an electrical issue, a heart attack is more like a plumbing issue that happens when there is an obstruction of blood flow in the heart. Additionally, most people that suffer a heart attack experience symptoms or warning signs like severe chest pain. Those that experience SCA typically have no warning signs or symptoms; they suddenly lose consciousness and pass out.

A sudden cardiac arrest can lead to death within minutes, known as sudden cardiac death, if immediate treatment is not received. For every minute defibrillation is delayed, chances of survival decrease by 10%. The most effective treatment to stop or correct certain life-threatening rapid heart rhythms is defibrillation, which is an electrical shock to get the heart back to a normal rhythm.

For certain heart patients with a known risk for SCA, the ZOLL LifeVest wearable cardioverter defibrillator (WCD) can provide a constant safeguard against sudden cardiac death. LifeVest is prescribed for a variety of heart patients, including those who have a reduced heart function following a heart attack, or for those with cardiomyopathy or heart failure, which may indicate an increased risk for SCA.

The LifeVest WCD protects patients at risk of sudden cardiac arrest, when a patient’s condition is changing and permanent SCA risk has not been established. The device is worn directly against the patient’s skin and allows patients to return to most of their daily activities. LifeVest is designed to detect a life-threatening rapid heart rhythm and automatically deliver a treatment shock to restore normal rhythm. The entire event, from detecting a life-threatening rapid heartbeat to automatically delivering a shock, usually takes less than a minute. LifeVest does not require the assistance of another person or emergency personnel for it to work. It can protect patients even when they are alone. Patients wearing LifeVest can have peace of mind that they have protection from sudden cardiac death.