Why the people in the US are eager for the legalization of marijuana? 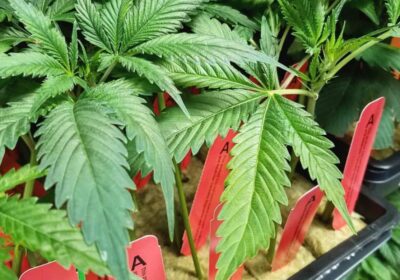 To date the use of marijuana has been banned in the US but owing to the several health benefits that are being disclosed from the use of this plant, the considerations for the legalization of marijuana are under process. People are in favor of the legalization of this weed because they are debating that there are several benefits of it and if it has been legalized, it would be easy to access.

Wondering which benefits you can avail of from marijuana?

Since we have long known marijuana just for recreational purposes, therefore it seems hard to believe that it can be used for some medicinal purposes or some health benefits. However, this is very true and the use of marijuana for medicinal and health benefits is becoming increasingly popular, a positive feature that is taking us to the legalization of marijuana.

When we talk about marijuana and its health benefits, it’s still linked to its nature of making your feel high because this helps relieve pain.

Below, is a shortlist of benefits that comprise the medicinal uses of marijuana and its clones. The cannabis clones useful source is marijuana which is rich in CBD and THC that both help in healing. Let us take a look at the benefits of marijuana.

One good use of marijuana is in eliminating the causes of nausea. Several people feel nauseated due to chemotherapy and the use of marijuana helps overcome it. it is also very effective in treating the vomits caused by nausea.

Marijuana also works in relaxing the muscles. It is therefore successfully used for the treatment of patients with paralysis as their muscles have gone stiff and the use of marijuana helps in relaxing them.

Marijuana is also a good source in treating the loss of appetite in people who are suffering from HIV/AIDS. It is an effective remedy against appetite loss and helps the affected person, feels hungry again.

The use of marijuana for treating chronic pain is also well known. Since it relaxes the body and sends relaxing messages to the brain, chronic pain wears off and makes one feel better. It has shown significant progress in healing the patients who have nerve damage and have got a chronic pain due to it.