Types of Health Careers to Consider 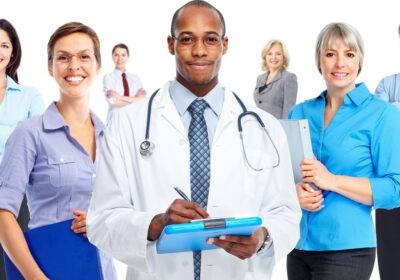 When we think of jobs in the healthcare sector, the first one we think of is, naturally enough, the doctor. Beyond that, the average person might think of nurses, paramedics, or some of the more specialized doctors such as surgeons or radiologists. Past this, though, most people would draw a blank. Nevertheless, the list of different healthcare jobs is infinitely more diverse than just that.

A popular misconception is that all these jobs are particularly specialized, complicated, and high stress. For sure, that can apply to a great a deal of them. Even becoming a registered nurse in the U.S. is no walk in the park, and many healthcare professionals spend a great deal of time (and money) on achieving the roles they then typically work long hours, for many years, in. But again, this is a misconception, and there are plenty of healthcare of jobs which do not quite conform to this characterization.

Not all healthcare job will require years in school either and, in fact, those looking to go into healthcare and to do so fairly quickly have numerous options. A cursory look at healthcare job search websites such as Health Jobs Nationwide will return many different kinds of jobs all related to the healthcare sector. If you find yourself in the kind of position whereby you don’t have the time or the money for years of school and training, you are certainly not out of luck.

So, what are some of these healthcare roles? Here follows a list of some of the most popular as well as some brief advice on how to embark on each as a career. Because most people are already familiar with the advanced schooling jobs, we will list those which are considered to require moderate schooling, or which are considered “immediate service” healthcare roles. If you are willing to put in the requisite effort, these are the roles open to anybody.

A health administrator is a job that will require a moderate amount of schooling and training, and which involves the organization and administration of healthcare institutions like clinics and hospitals. They are responsible for things like staff, budgets, service, and so on. Unlike clinicians, they do not deal with patients directly.

While the previous two jobs listed here might well be quite unfamiliar to most people, we are all surely aware of what a dental assistant does. To become one and embark on a career assisting dentists at work, you will only require one or two years of higher education.

Pharmacy technicians work underneath licensed pharmacists and are responsible for the many pharmacy-related tasks regarding prescriptions and pharmaceutical advice. To become one, you will only require one- or two-years higher education.

As these roles show (and there are many times more out there) the common perception that the healthcare sector is particularly difficult to get a job in doesn’t really stand up to scrutiny. So, what are you waiting for?