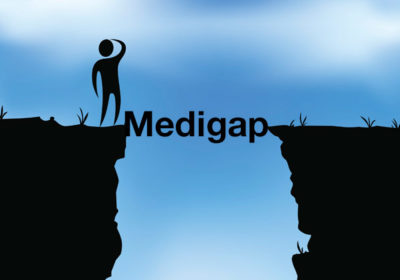 California Medigap insurance plans are definitely a great idea for those who receive Medicare benefits, however, it’s important to shop around carefully to receive the best deal.

California Medicare Supplement coverage is insurance for those who are enrolled in Medicare Part A and Medicare Part B. Since Medicare doesn’t cover all expenses for medical services, supplies, and other health expenses, a Medigap plan can help pay some of these costs.

Without a good plan, you expose yourself to significant financial hardship and risk damaging your good credit history. Also, if you don’t pay the amount left over by Medicare, you may not be able to continue seeing the medical providers with unpaid balances. This financial hardship can be greatly alleviated by choosing a reliable California Medigap Insurance plan.

Supplement plans can help Medicare beneficiaries pay co-payments, deductibles, coinsurance and other costs not covered by traditional Medicare. By paying a monthly premium the insured doesn’t have to pay anything when they go to the doctor or hospital. If they do pay something, the costs are significantly lower than they would be without supplemental coverage. This insurance, also known as

Federal and state laws provide certain guidelines that each private insurance company must follow. California is subject to the same regulations as other U.S. states and territories.

The California Medigap birthday rules give Medicare recipients the option to switch their plan or provider as long as it’s within the first 30 day after the recipient’s birthday. Most states don’t offer this option.

The eligibility requirements are the same as for Medicare except for a couple exceptions. A person must be actively enrolled in both parts of Medicare. This is known as Medicare Part A and Medicare Part B.

These two components make up the foundation of the Medicare. Part A covers most hospital stays and related expenses. Part B is coverage for doctor visits and medical services that are generally provided outside of the hospital.

You must be age 65 or older to qualify for a Medigap plan. Applying for a plan during Medigap Open Enrollment is the time. Private insurance companies cannot turn you down for medical conditions that are pre-existing. In addition, they cannot charge you more than other people that do not have medical conditions.

California Medigap Plans for Under 65

If you’re disabled, the federal government doesn’t mandate coverage for those under age 65, but some states do offer it. California Medigap Plans for under 65 are available as long as you don’t have ESRD, Medicare recipients under 65 can enroll in Plan A, B or F. Also, the rates for those under 65 will not be the same as those over 65 years old in this state.

When it comes to pricing, the rates for California Medigap vary widely. The government has created ten separate categories that a plan can fall under. The main stipulation is that the carrier must offer the exact same benefits as any other carrier for that letter plan. Nevertheless, pricing is still up to the private insurance company.

Each company has their own method of coming up with premiums. Once you choose a plan, the private insurance company will bill you monthly. It’s important to stay current on your payments to keep your plan active. There are so many plans available to you as a Medicare beneficiary.

The two top California Medigap plans are Plan F and Plan G. We’ll compare both plans side by side so you can see which benefits are going to work best for you. California Medigap Plan F vs G are the only two policies that cover your Medicare Part B excess charges.

This is when your doctor charges a specific percentage over what Medicare has approved to pay for that specific service. California Medigap Plan F has the most comprehensive coverage, the only difference between the two is that Plan G doesn’t cover your Part B Medicare deductible.