The Most Prevalent Neurological Conditions 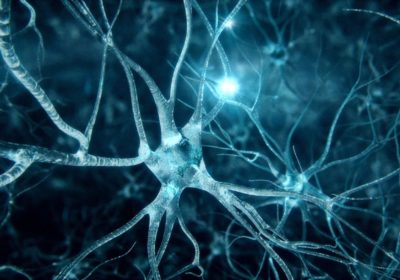 It is among the most prevalent neurological diseases. It mainly affects individuals above the age of 65 years. The condition affects mostly the brain tissue and shows signs of increased memory loss. Some individuals may experience language, vision, and emotional control problems. Any individual with Alzheimer’s disease will need constant care at some point. Symptoms and signs of Alzheimer’s disease include increased confusion and disorientation, trouble digesting new information, personality changes, trouble with conversations and judgment problems.

Epilepsy is a neurological disorder associated with repeated seizures with no apparent cause. A seizure refers to uncontrolled boy behavior that lasts for a few seconds or even minutes. Epilepsy can only be managed by taking daily medications since there is no known cause for the epileptic seizure.

Obstructive sleep apnea occurs due to repeated collapsing of the upper airway. The most common symptoms of sleep apnea include waking up at night, snoring while sleeping and waking up feeling tired in the morning. To diagnose sleep apnea, you will need to visit a neurological expert who will perform a sleep study. It is now easy to get neurological services and treatment los angeles ca for any neurological disorder.

Stroke is a neurological disorder that occurs when there is a blockage of the brain blood vessels. Stroke can also occur due to bleeding in the brain. An individual with stroke requires immediate medical attention to avert severe damage to the brain.

This condition results when the outer layer of the nerves is damaged thus interfering with nerve signals. It affects both the brain and the spinal cord. Symptoms for multiple sclerosis include weakness, numbness, vision loss or double vision, unsteady walking and fatigue. Experts have been unable to tell the exact cause of multiple sclerosis, but it is thought to be autoimmune.

Most of the people experience slight headaches at some point, and it is normal. However, if the headaches keep reoccurring, it is essential to see a medical professional for a proper diagnosis. Migraine headaches mostly occur on one side of the head. Symptoms include throbbing pain, reoccurring headaches, increased sensitivity to sound, odors and sound, and increased pain during movement.

Difficulties in movement characterize it. The disorder occurs when a small group of brain cells dies. These cells are responsible for movement and coordination. There is no known reason why these cells die, but it is believed that it could result from exposure to toxic substances, genetic factors and certain chemical reactions in the body. Symptoms for Parkinsonism disease include stiff and rigid muscles, tremor in the arms and legs, challenges in maintaining body balance and slowness in walking.