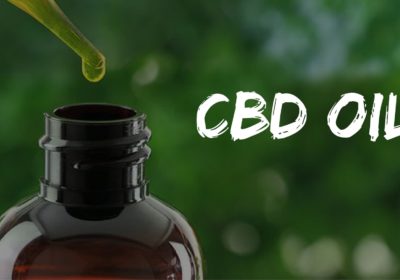 Scientists have discovered over 100 cannabinoids in the cannabis plant. These cannabinoids are natural chemical compounds. Of these compounds, cannabidiol, or CBD, is the most abundant and can represent up to 45% of the plant’s extract. Many of the Cannabis Sativa strains give way to CBD but in smaller quantities. In fact, only certain branches contain a sufficiently high concentration of CBD to make extraction possible. The structure of CBD has a similar molecular structure to that of Tetrahydrocannabinol (THC). However, CBD does not contain the psychoactive properties that THC has and does not produce euphoria or vertigo. Therefore, CBD lacks the elements commonly associated with recreational use while having highly therapeutic values. With a low level of toxicity and low secondary effects, the molecule has many medicinal uses.

The uses of medicinal cannabis have been the subject of recent scientific inquiry. The results from the growing body of work suggest that the components of cannabis have promising therapeutic properties and values. In the medical field, these components are being analyzed for the first time in laboratory settings and in environments where scientists can reach objective conclusions. These studies are slow to reach testing in humans, as they must pass rigorous standards. However, as the interest has grown, many studies have begun clinical testing, which will provide a higher level of evidence regarding the safety and efficiency of the cannabis molecules.

The therapeutic values of cannabis, and specifically CBD, are a consequence of its properties. For example, one of the common uses is to treat anxiety and depression. The molecule is an effective anxiolytic; therefore, the drug can help avoid depressive phases. Another common use of CBD is in the treatment of epilepsy. The use is effective in treating complex forms of the condition, especially in children as doctors can administer the drug using CBD edibles and avoid the harsh side effects of other drugs. Numerous reports suggest that the frequency of epileptic seizures can be reduced by using extracts of the molecule. In cases of cancer, CBD is being used as a sedative which inhibits the transmission of pain signals. Furthermore, some studies provide positive evidence in the reduction of the growth of tumors cells in cases of breast cancer.

Just because cannabidiol is a natural component of the cannabis plant does not mean that it is automatically safe. In fact, many naturally occurring plants and chemicals can be poisonous and toxic. As with any other drug that doctors prescribe to treat human subjects, experts in the field must conduct a rigorous and objective evaluation to prove not only the drug’s effectiveness but also the safety and level of toxicity. Unfortunately, a vast majority of studies on the plant have shown limited evidence or results using animals or other evaluation methods that experts cannot use to make scientific determinations. Although mammals share cellular receptors that respond to cannabinoids, the results are limited from a scientific point of view. Because few studies have tested CBD on human subjects, scientists cannot generalize the findings.

Even with the limitations of scientific studies, the interest in the plant and the preliminary results have increased the number of objective and scientific research. With the stigma of the marijuana plant and the legal hurdles placed by laws and bureaucratic limitations, researchers have been unable to complete true scientific inquiry. However, public pressure and cannabis-friendly state-level laws are reducing these limitations and allowing the scientific community to investigate the plant and its chemical components. As this research continues to evolve, published scientific evidence will help disseminate clear results and information that can allow doctors to better determine treatment options in the use of CBD and other cannabis-related components.