Important Medical Tests for a Woman 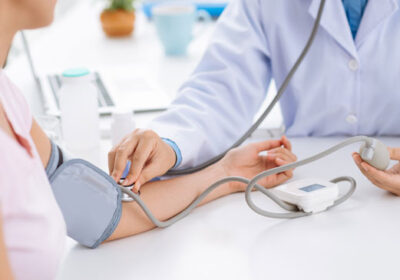 Prevention is better than cure, it is not just a saying but has actually helped a lot of people in keeping several illnesses on the sidelines. This saying will be perfect if you just add an early diagnosis to it because if the disease is caught at an early stage, the patient has great chances of fighting it off. So, if you are a woman then getting some tests done by the best obstetrics and gynecology in Forest Hills from time to time will go a long way.

As a woman, we have different anatomy than a man and this makes us susceptible to some exclusive illnesses. Visiting a gynecologist for a regular check-up can help you avoid some diseases because they will suggest some tests from time to time. Let’s have a look at some of these tests that will help you in being on the top of your health game:

Even if you are practicing safe sex, you can be at risk of an STD because there can be accidents with protection. There are many diseases like HIV, syphilis, chlamydia, herpes, hepatitis that can be transmitted through a sexual act. These diseases can be tested with either a blood test or a vaginal swab test, and for maintaining good health it is important that you get screened for these regularly. Ignoring illnesses lead to further injury to the fallopian tube and result in hampering a woman’s fertility. It is important that these diseases are detected on time for better treatment.

All the doctors suggest that after a particular age women should go for a yearly mammogram. In which the patient’s breast is examined by placing them between two plates which take their x-ray and help in identifying the signs of breast cancer. With age, women become more at risk of getting breast cancer, this is why it is important to get a mammogram annually.

A pap smear test helps you in understanding your risks of getting cervical cancer. Cervical cancer is cancer that has a good chance of being completely treated if it is diagnosed early. From the ages of 21 to 30 the exam is done once every three years and after that, it can be conducted once every five years.

A regular pelvic examination is very important for keeping a check on your reproductive organs, this is the reason that you should get them done when your gynecologist recommends.