How Common is Mesothelioma? 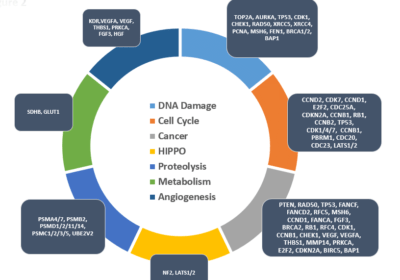 Cancer is a terrible disease and very rare forms of cancer are particularly hard to treat. Mesothelioma is a fairly rare form of cancer that was fairly common in the 1960s when asbestos was used commonly for building materials.

Mesothelioma is a type of cancer that develops when a person breathes in the very small, very jagged fibers that make up asbestos. These fibers are very small, so small in fact that they cannot be seen by the naked eye which makes them very dangerous and very easy to breathe in. When the fibers are disturbed like when the asbestos is removed or taken out, the fibers can easily become airborne and can get into the lungs of those that are in the area.

The fibers then lodge themselves in the lining of the lungs. The lungs work to try to remove the fibers and create hardened tissue around them which then makes it very difficult to breathe. This type of cancer generally does not spread past the lungs but it does get worse as time goes on eventually making it so that the affected individual cannot breathe.

How Common is Mesothelioma?

This is a type of cancer that is not as common as it once was. Back when asbestos was commonly used in building it was far more common. As the root cause of the mesothelioma was found, it became less prevalent as those homes, buildings, and other areas that did have asbestos were able to safely remove it. When these older homes do work to remove the asbestos, it does have to be removed by a professional company that can not only contain it, but also protects those that are removing it from inhaling it.

In all, there are only about 3,000 new cases of mesothelioma that are diagnosed each year in the United States. The rate of diagnosis and active cases has dropped significantly from what it was when asbestos was still common and when people were not aware of what was causing this type of cancer. This type of cancer only accounts for about 0.3% of the cases of cancer that are diagnosed each year.

What are the Symptoms?

The most common symptom is difficulty breathing. You may also have pain in the chest when you breathe, wheezing, gasping for breath, and a tightness in the chest. If you have been in a building that you suspect might have asbestos and you do start to feel these side effects, you should take the time to get to a doctor to get the appropriate diagnosis. Your doctor will perform a range of tests including x-rays to see what the tissue in the lungs looks like.

Mesothelioma is not something to play around with. If you suspect that you do have this type of cancer you should seek medical attention as soon as possible. the right doctor can prescribe treatment to make the effects less prevalent and to help you get better.