The Future of Telemedicine May Reside with Younger Doctors 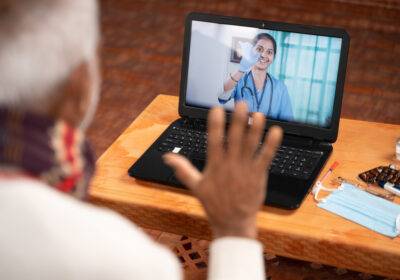 Now that COVID-19 has pretty much been downgraded to endemic status, discussions over the future of telemedicine have begun in earnest. On the one hand, data demonstrates that telemedicine offers a myriad of benefits ranging from greater efficiency to reduced overhead costs. On the other hand, the in-office model is the only model some people have ever known.

Knowing what we know about healthcare delivery, it may very well be that the future of telemedicine is now in the hands of younger doctors. Those just emerging from residency are of the age to have grown up with technology. Things like mobile apps and videoconferencing are second nature to them. So is the on-demand economy.

They could be the key to driving telemedicine forward even as their older counterparts prefer to stick to the in-person model. Time will ultimately tell. One way or the other, we cannot avoid talking about what we learned from telemedicine during the pandemic years.

According to an April, 2022 piece published by the Philadelphia Inquirer, some 30% of all medical visits at the peak of the pandemic occurred virtually. Meanwhile, 95% of all healthcare providers offered telemedicine options. In the vernacular, everyone was doing it.

Necessity notwithstanding, such widespread adoption of telemedicine ultimately proves the point that it can work. And when it is the only option available, doctors and patients alike will work with it. But since the pandemic’s peak, we have seen the appetite for telemedicine wane. Hospitals and offices have reopened, and patients have responded accordingly.

The most important lesson to be learned from telemedicine’s expansion during the pandemic is a lesson that should not be ignored. Here it is – the in-person model really isn’t necessary for the vast majority of healthcare visits. Referring back to the Philadelphia Inquirer, they cite CDC data suggesting that just 7% of physician office visits are related to acute injury. Moreover, 93% of all office visits are little more than conversations.

The Inquirer even went so far as to point out that most visits involving acute injury still do not result in physical examination. Rather, patients are referred elsewhere for tests. All they get at the doctor’s office is a brief conversation.

That being the case, conversations don’t require in-office visits. They can be conducted just as effectively over video chat. And as healthcare providers around the country discovered during the pandemic, video chat is a lot more efficient. Doctors see more patients in a day and spend less money on maintaining offices.

Even a lack of diagnostic capabilities is no longer an issue. Why? Because technology companies like CSI Health are building telemedicine kiosks and portable telehealth kits complete with on-board diagnostics. Their equipment features things like infrared thermometers, digital stethoscopes, and even sonogram and EKG devices.

We obviously would not expect patients to have this sort of equipment in their homes. But neighborhood pharmacies and grocery stores could easily accommodate fully equipped telemedicine kiosks that allow patients to get walk-up care as needed. On-board diagnostics provide real-time data sent directly from kiosks to the doctor’s office.

Telemedicine is by no means perfect. It still has plenty of kinks that need to be worked out. But they will be worked out and telemedicine will thrive. It will thrive because younger doctors appreciate the value it brings to healthcare. And because they grew up with technology, telemedicine seems to them a natural extension of providing healthcare services in the most efficient and cost-effective way. At least that’s how things appear right now.