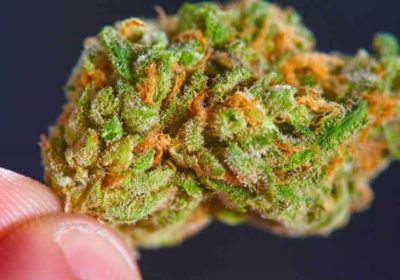 Medical marijuana can work wonders for pain, minor illnesses, and overall psychological issues such as generalized anxiety. Some say it goes as far as assist those impacted by PTSD. Medical marijuana is better than other medicines prescribed for these illnesses because it doesn’t leave patients feeling like zombies. This makes it worth looking into as an alternative to medicines that are horrible for the liver and other parts of the body.

Many companies and organizations that specialize in medical marijuana are safe to contact for information and to purchase the crop from. It also could be beneficial for these companies to pursue ways to educate people on the available treatment options for certain illnesses. These companies, which are growing medical marijuana legally, should take insurance into consideration. Having issues in these crops could be detrimental to patients relying on medical marijuana. There are companies that provide marijuana insurance products in Sacramento, CA and other locations in legalized states.

No matter the seriousness of a condition, it is important that doctors look at the results of alternative means of care such as medical marijuana. The people who benefit from medical marijuana become passionate about removing the stigma surrounding it and spreading knowledge about the topic. Here are five common conditions that medical marijuana might be prescribed for.

If marijuana doesn’t kill cancer cells in some patients, it at least has the potential to alleviate the pain, especially in severe cases. This is one of the main benefits of medicinal marijuana for a variety of illnesses, which is why many states are beginning to pursue legalization.

The main benefit of multiple sclerosis victims using medical marijuana is reducing pain. It reduces abdominal pain and can alleviate many symptoms. There are cases where patients using medical marijuana gain hope in the medical field and become passionate about this cause. This is yet another benefit of marijuana. When used correctly and for good, it brings hope and positivity to lives.

In April, the FDA approved a CBD drug for epileptics. CBD is the part of marijuana that doesn’t produce a high. The drug is called Epidiolex and it is made by GW Pharmaceuticals. The drug is made to treat rare forms of epilepsy such as Lennox-Gastaut syndrome and Dravet syndrome. These forms of epilepsy can cause damage to children’s brains because of the amount of seizures. These conditions are rare and the seizures are incredibly difficult to control. Many are in support of this drug if it can help those affected by these rare and dangerous medical conditions. There are many cases of children with epilepsy that have significant improvements after using CBD.

Insomnia is more serious than some people are lead to believe. Not being able to sleep is hard on the mind, body, and can affect every aspect of life. One issue with insomnia is that it is growing with the rise of technology. We go to bed after hours of staring at a computer screen, phone screen, or TV. The exposure to this light makes it increasingly difficult for many people to fall asleep. The access to internet also has the chance to increase brain activity and therefore stress. This is making it harder and harder to fall asleep in this age of information and access to Google at any given point in time.

With insomnia on the rise, people are reaching for Melatonin. Melatonin, however, isn’t the best option, according to multiple studies. Melatonin is already produced by the body, so taking more has been proven inefficient when looking at insomnia cases. Many people use it whenever they want to fall asleep instead of focusing on regulating their sleep schedule in general. This is where medical marijuana comes in, as it allows the body and mind to relax.

Like any medicine, there may be a few side-effects to using medical marijuana. These symptoms include anxiety and mood swings. But even so, medical marijuana is making huge improvements in the medical industry and will possibly be universally legalized in coming years because of its undeniable benefits.