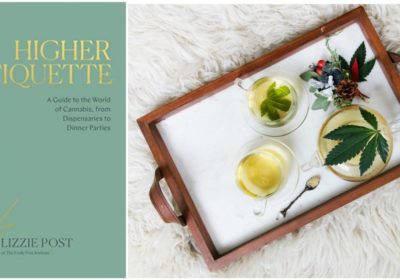 If you’re a first-time marijuana smoker, it can be surprising to find out that there are certain dos and don’ts when it comes to smoking weed among a community of fellow smokers. So before you step into a medical dispensary in Tulsa or anywhere in the U.S. you should first know the following protocols to smoking marijuana.

In a community of weed smokers, it’s natural for people to share their joint with other individuals. If someone passes his weed to you, it’s perfectly all right to accept the joint and puff a smoke. What’s not all right is that you take weed from everyone, but you don’t share your weed with anyone else.

If you don’t like sharing your weed with anyone after smoking other people’s stuff, then perhaps it would be better if you start smoking marijuana on your own.

Don’t be shy about asking for help

If you’re a first-time weed smoker, chances are you haven’t honed your skills in rolling a joint. If that’s the case, don’t be shy in asking someone else to help you roll one. Almost every weed smoker is willing to roll a joint for someone else

It’s better to have someone else roll a joint for you than doing it on your own when you’re not ready because you don’t want to waste your marijuana and end up with more of your weed on the floor than in your rolling paper.

This is the unspoken rule when it comes to sharing a joint with a group. If you’re holding the joint, take two puffs and then pass it onto the next person. Don’t take too long smoking that joint because then, people will see you as a weed hog, which could trigger them to kick you out of their group.

But don’t rush the person before you

But if the joint is in the hands of the person before you, don’t rush him or her to pass it to you. It’s already common knowledge in a community of marijuana smokers to pass the joint after two puffs, so try to be patient and wait for your turn.

You want to avoid getting ash on your comrade’s clothes so make sure to get rid of the ash before you give the weed. Also, don’t wet your lips when you’re about to take a hit. No one wants to smoke a joint that’s wet from another person’s saliva.

These are just some of the important reminders when you’re smoking a joint with a group of friends or likeminded weed lovers. Be sure to respect other people and stick to the etiquette in weed smoking, and you’re sure to gain lots of friends in the marijuana community.