Effects of Vaping After Workout 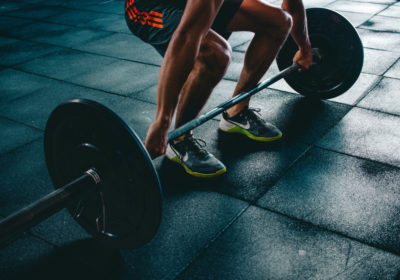 The e-cigarette industry is growing in leaps and bounds due to the numerous benefits e-cigs have over conventional smoking. Besides protecting you from consuming the harmful substances that are released when tobacco burns, vaping also allows you to control the amount of nicotine you inhale. Several vape juices are available in the market with varying nicotine percentage. Most recently, people are getting more interested on how vaping interacts with working out. While some people believe that vaping and exercise go well together, others argue that the nicotine content in vaping juices compromises the performance of a user during strenuous activity.  If you need some juice after a workout, visit this site.

Despite being considered a healthier alternative to traditional cigar smoking, vaping after workout is not recommendable. One of the reasons for this is due to the fact that vaping increases the heart rate. As earlier mentioned, e-liquids contain nicotine. In as much as the nicotine percentage can be controlled, the effects are the same. Nicotine has been studied to increase the heart rate considerably. This is due to nicotine’s characteristic of constricting arteries. For blood to be efficiently pumped through the blood vessels therefore, the heart has to work extra hard thereby increasing the heart rate.

Workouts are typically strenuous and require considerable energy. When working out therefore, the heart rate increases to boost the supply of oxygen and nutrients to the various body organs. It is thus recommendable to relax after a workout session in order to reduce the heart rate. Rather than help you relax, vaping increases the heartbeat rate. This can compromise the cardiac health and might even lead to heart complications due to being overworked. To enjoy your workout and vaping all together, it is advisable to give your body time to relax after a workout before vaping. About an hour or two after your workout is often a good start.

Another way vaping after a workout affects you is by limiting your muscle growth. The development of muscles depends largely on a hormone known as testosterone. Nicotine has been known to affect the cells that secrete the hormone, consequentially reducing the amounts of testosterone in the system. The reduced amounts of testosterone will inhibit your ability to build muscles. If you are working out for muscle building therefore, vaping after a workout counters your efforts.

After a workout session, it is important to allow the body to recover. The lungs are particularly in need of rest after working hard to cater for the oxygen needs of the body during activity. While vaping does not expose your lungs to tar, the nicotine you inhale has negative effects on the lungs. Vaping immediately after a workout is not advisable as it might result in breathlessness and make the lungs unhealthy. Nicotine has also been studied to slow down the process of cell reproduction. This makes it hard for certain body tissues to heal from injuries.

Taking an hour or two after a workout before vaping is a brilliant way of enjoying your puff of nicotine and still benefit from the workout.