Effects of Drug Abuse When Pregnant 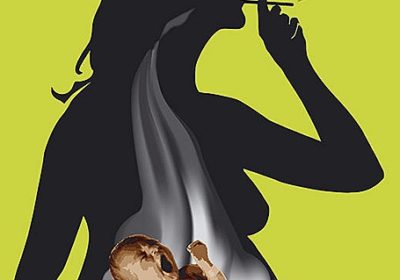 Women who are into drug abuse are at a high-risk of developing multiple social and health-related problems, but when it comes to pregnant women, the challenges may get increased to a greater level. Prolonged drug abuse during pregnancy can negatively influence the earliest stages of fetal development leaving long-lasting detrimental prenatal and postnatal impacts that extend into early childhood and beyond.

A woman who abuses drugs during the pregnancy period may deliver a child with severe congenital anomalies. Such a child can also be prone to addiction due to lengthened exposure to drugs while in the womb.

Also, use of some substances can increase the chance of fetal miscarriage and cause seizures or high blood pressure in the mother, migraine headaches, which have an adverse impact on the infant. Importantly, a woman who abuses tobacco, marijuana or prescription painkillers faces a two- to threefold risk of delivering stillborn babies.

According to NSDUH (the U.S. National Survey on Drug Use and Health), 5.4 percent of all pregnant women reported illegal drug use, while 9.4 percent reported alcohol use in the period. While the rates of alcohol consumption during gestation have decreased considerably in the last 10-15 years because of greater public health awareness regarding the dangerous effects of alcohol, many pregnant women refrain from telling their drug abuse to doctors due to the fear of losing their newborn to child protective services. Locating an alcohol addiction rehab for help can of assistance if the pregnant woman cannot stop on their own.

Nonetheless, the introduction of painkillers, like oxycodone and other opioids, has triggered a moving trend of prescription drug abuse among a lot of moms-to-be in America. Apart from opioids, gestated women have been found to seek professional detox therapy for other illicit drugs, such as methamphetamines, cocaine, marijuana, tranquilizers and sedatives, and PCP and hallucinogens.

How does drug abuse affect infants?

Drug abuse during the period of pregnancy can hinder normal development of the child’s brain. The degree of disruption depends on many factors, like chemical properties of the number of doses, drug, time and duration of exposure to the drug, etc. However, not all the disastrous effects of psychoactive drugs can be noticed in the short-term. In fact, several anomalies stay hidden in the body and may show up as late as adolescence.

Heroin withdrawal when pregnant may not be life-threatening for a healthy woman, but the unborn baby certainly faces a high danger of fetal death. Apart from that, women who remain untreated for prescription opioid abuse can give birth to children exposed to acute opioid abstinence syndrome, a situation affecting opioid-exposed infants, with symptoms like defects in CNS (the central nervous system), and in the autonomic, respiratory and gastrointestinal systems. Also, researchers have shown a link between pregnant women using codeine in the first three months of gestation and congenital heart defects in infants.

Prenatal exposure to alcohol may cause fetal alcohol spectrum disorder (FASD), which is the main nonhereditary cause of intellectual inability in the Western hemisphere. As much as five of 100 FASD-affected infants in the U.S. manifest symptoms such as facial deformities, retarded growth, the dysfunctional central nervous system as well as impaired intellect.

Screening for drug abuse and addiction should be a mandatory stage of obstetric care. Moreover, early in the first trimester, all pregnant women should be routinely checked for alcohol, tobacco and drug use, including nonmedical use of prescription opioids and other over-the-counter medications. Above all, doctors, medical practitioners and healthcare providers must adopt an unbiased, nonjudgmental and caring approach to obtain comprehensive information regarding any instance of drug abuse among pregnant women.

The Effects of Substance Abuse on Unborn Children

Substance abuse by the mother or father can be linked to behavior problems and disabilities in children. A woman’s use of alcohol during pregnancy may result in her infant’s having fetal alcohol syndrome or alcohol-related disorders. With fetal alcohol syndrome, children have facial abnormalities, droopy eyelids, heart defects, small size, and usually some degree of mental retardation. Physical anomalies and growth deficiencies such as these persist in later childhood and adulthood. Alcohol-related disorders are more difficult to detect as causes, but the disability may appear as significant learning disorders.

Expectant mothers who use heroin may give birth to premature or low-birth-weight infants. The infant may go through severe withdrawal symptoms and will be at risk for disabilities. Heroin and cocaine appear not to cause disabilities in utero but may cause premature births. The problems associated with the conditions at the birth of low birth weight and prematurity may lead to physical or behavioral irregularities as the child matures.

In a study of forty-nine children who were exposed to drugs prenatally, it was found that half did not display any of the negative behaviors that one-quarter of the group did: anger, aggressiveness, and unoccupied behavior. It appears that there is wide behavioral variability among children prenatally exposed to drugs. Physicians and other health-care workers caution expectant mothers to avoid the use of drugs.

If the expectant mother smokes two packs or more of cigarettes a day, she risks giving birth to a premature or low-birth-weight infant. Major national campaigns have been mounted to discourage pregnant women from smoking and using substances that may harm their fetuses.