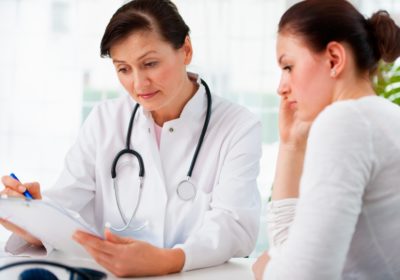 The key to successful cancer treatment is early discovery. Failure by a healthcare provider to diagnose cancer or late diagnosis is very common. Cancer compensation claims by solicitors are not unusual and can result from a range of errors. If the patient dies, then a potential beneficiary or dependent can still make a cancer compensation claim. The mere fact that treatment fails does not necessarily mean medical negligence.

There are a number of female specific cancers including: –

More than 10% of women will be diagnosed with breast cancer at some point during their lifetime. This illness often responds well to treatment and early detection is the key factor to higher survival rates. Treatment for this condition including chemotherapy and radiation is designed to kill living cells and early diagnosis may mean less pain and suffering, less financial hardship and a greater chance of survival.

Breast cancer compensation claims are more prevalent than compensation awarded for any other disease or illness. Notwithstanding negative results after a mammogram, pre-existing cancer may still go undetected for months and this particularly affects younger women whose mammary tissue is often too dense for reliable test results. Doctors may also rely too heavily on a woman’s age as a predicting factor and as the condition is more often associated with older women, they may not take a younger woman’s complaints seriously enough.

Breast cancer medical malpractice can include misdiagnosis, failure to treat, improper treatment, delay in treatment, failure to perform appropriate follow-up or prescription errors and describes any treatment, lack of treatment or other departure from accepted standards of medical care, health care or safety on the part of a health care provider which causes harm to a patient.

Breast cancer medical negligence may arise as a result of failure to :-

perform a breast examination (during a physical examination or while treating a patient for other reasons) which would have identified a clinically obvious tumor.

Cervical cancer is regarded by the medical profession as a preventable disease because pre-cancerous changes can be detected by pap smears obtained during routine pelvic examinations. Significant advances in medical knowledge have made it possible to effectively prevent and treat this illness through early detection, and thereby minimize the effects. Pap smears must however be carried out properly and interpreted by an experienced specialist. Mistakes which can amount to cervical cancer medical malpractice can lead to a delay in diagnosis which may deprive patients of the chance for a cure and these include lost records, failing to realize the importance of a patient’s complaints, treating a patient inappropriately, misreading pap smears, inaccurate test results or failing to refer a patient to a cancer specialist.

Pap smears are tests performed during routine pelvic examination by inserting a speculum into the vagina and samples of living cells are removed using a spatula. These samples are then microscopically analyzed for the presence of cancerous or precancerous changes often in the absence of any symptoms. If cancer of the cervix or precancerous change is detected early then survival rates are very high with rapid and appropriate treatment. Early diagnosis as a result of pap smear screening could almost eliminate the chances of developing invasive cervical cancer. The most common mistakes leading to cervical cancer medical malpractice made by doctors include failure to :

Ovarian cancer is a malignancy that can spread to other tissues and organs including the peritoneum and the diaphragm and can also enter the bloodstream or lymphatic system and travel to other parts of the body. Between one and two women in every thousand develop this disease and delay in diagnosis or treatment is often as a result of medical negligence resulting in thousands of cancer compensation claims every year. The cause of this illness is unknown however the following factors may increase the chance of developing this disease :-

Ovarian cancer is difficult to detect in its early stages and women often have no symptoms until the disease is in an advanced stage. Signs and symptoms may include:

Diagnosis of ovarian cancer may involve tests and physical examination including :-